Skip to Main Content
It looks like you're using Internet Explorer 11 or older. This website works best with modern browsers such as the latest versions of Chrome, Firefox, Safari, and Edge. If you continue with this browser, you may see unexpected results.

What to Read Next?: Suggested Reading from Library Staff 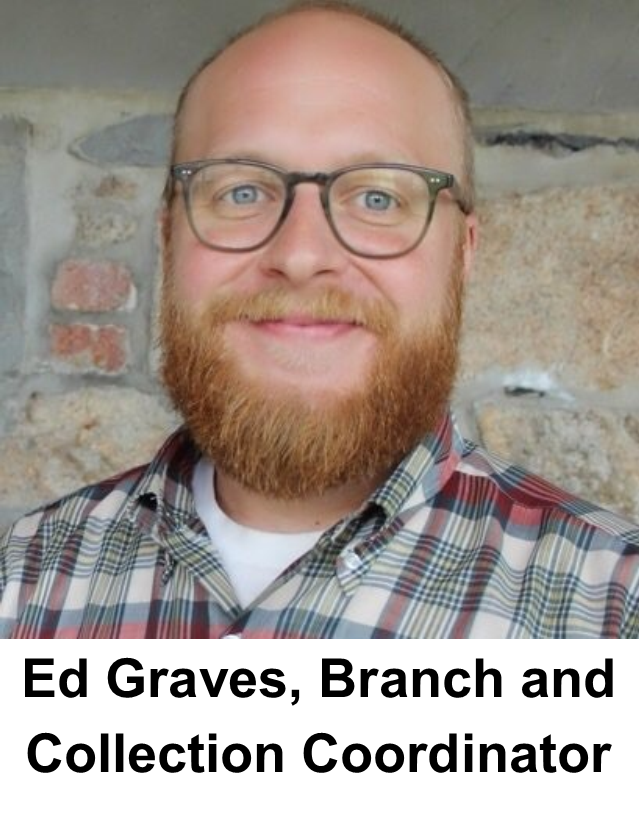 In this column, we feature new titles from regional writers or books with a focus on Appalachia and the Southeast. Please call the library for help searching the catalog or to place any of these titles on hold.

My picks for fiction include Leah Weiss’ new book, All the Little Hopes, a Nancy Drew historical mystery set in Hot Springs. For readers who’ve enjoyed Robert Morgan’s books, Dot Jackson’s 2006 novel Refuge is back in print and available as an eBook on the Libby app, or for more character-driven layered and literary multigenerational tales, try Night Came with Many Stars by Simon Van Booy. A former Charleston cop investigates a real-life mountain plane crash in the dark mystery series debut Graveyard Fields by Steven Tingle. Get lost in Pisgah National Forest in Stephanie Perkins’ young adult thriller, The Woods are Always Watching, or follow two friends leaving their mountain home and family for the first time in Jeff Zentner’s In the Wild Light.

We have several new books about departures, arrivals, and returning home. For a road novel through the mountains and the upstate, pick up the new Hub City Press title The Blue Line Down by Maris Lawyer. For a Great Migration story, see M Shelly Conner’s Everyman. A haunted plantation is the setting of LaTanya McQueen’s gothic horror novel When the Reckoning Comes, and Asheville author Terry Roberts has a new thriller about immigrants in My Mistress’ Eyes are Raven Black. For something completely different, our heroes defend Atlanta in the second book in Kit Rocha’s Mercenary Librarians post-apocalyptic romance series, The Devil You Know.

In lighter reads, the Jane Doe Book Club series continues with Reading Between the Crimes by Kate Young, and the second book in the Bourbon Tour Mysteries is out, 100 Proof Murder by Mary Ellis. Charleston society is the subject of In Polite Company by Gervais Hagerty, while Open Your Heart by Cheris Hodges is a pulpy romance with a Charleston setting. For a book that will check a lot of boxes for readers of Christian historical romance, an Alabama school teacher meets a Cajun fisherman in Under the Bayou Moon by Valerie Fraser Luesse.

For nonfiction, there is a new cookbook from Top Chef winner Kelsey Barnard Clark called Southern Grit: 100+ Down-Home Recipes for the Modern Cook. An interesting narrative nonfiction read would be The Quiet Zone: Unraveling the Mystery of a Town Suspended in Silence by Stephen Kurczy, about the radio, wifi, and cellular signal dead zone of Green Bank, West Virginia.

In forthcoming books releasing in September or October, we will have a new novel from award winning East Tennessee author Richard Powers called Bewilderment. North Carolina author Wiley Cash has a novel about a mysterious plane crash and a small town sheriff in When Ghosts Come Home. Denise Hunter launches a new clean Appalachian romance series called Riverbend Gap, and we will have a book about Southern living from essayist Margaret Renkl called Graceland, At Last: Notes on Hope and Heartache from the American South.

Thank you for reading!